I just got back from Japan!  I did a lot of research before I went, but I was still totally unprepared in some cases for directions, what to expect, etc.  Therefore, I'm putting together a guide to include the kind of things I would have found super useful to know before I went so other people will have an easier time!

Akihabara is a must-go.  It's otaku Times Square.  You will probably OD on anime goods in the very first store you go into, and there are HUNDREDS of them.  It's also very easy to get to, being a major stop & transfer point on both the Tokyo Metro and JR Rail (below ground and above ground train networks).  There's a good chance you'll have to do a line change at some point, so you can save fare by walking around since you'll have to swipe out/on to different train lines anyway. 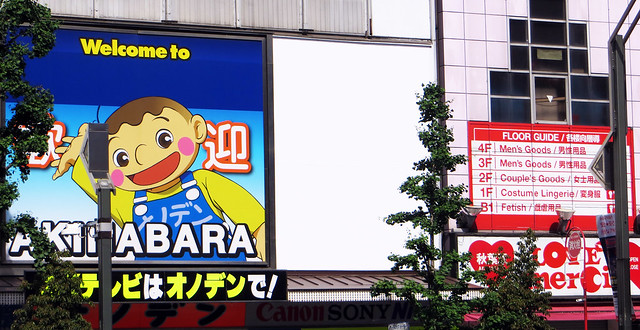 The sketchy increases the later you go, with maid cafes sending out girls in fairly revealing maid outfits out to attract customers to their shops around sunset, and the crowd becoming generally rowdier/drunker as the night goes on.   I'd suggest timing your visit with that in mind depending on your preference!

Now let's get to the doll stuff!

Address: (English) Japan, Tokyo, Chiyoda, Sotokanda, 1 Chome−15 (Japanese) 東京都千代田区外神田１丁目１５
Website: volks.co.jp
Hours: M-F 11AM-8PM, Sat-Sun, 10AM-8PM
How to get there: Go to Akihabara station via Tokyo Metro or JR lines.  The closest station exit is the "Electric Town" exit.  Radio Kaikan is right next to the station, which also houses a mini mall of eateries. 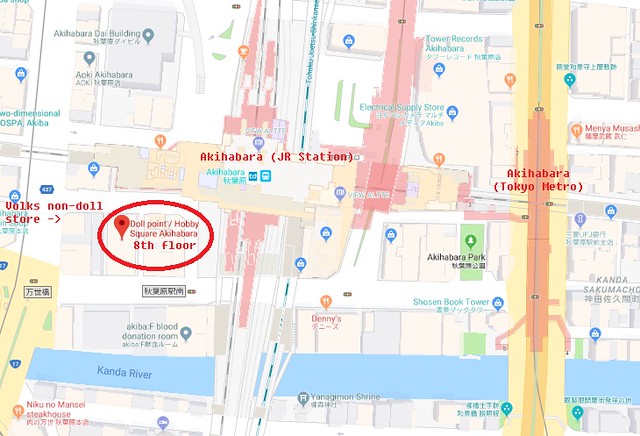 How to find it: Volks Dollpoint is on the 8th Floor of the Radio Kaikan building (one floor above the Azone/Obitsu store!)  You might be confused by the Volks Akihabara Hobby Tengoku store on the corner, a couple of doors down with red awning.  The two are completely unconnected and have different hours.  Look for the bright yellow signage (Akihabara Radiokaikan is written above the entrance in English). 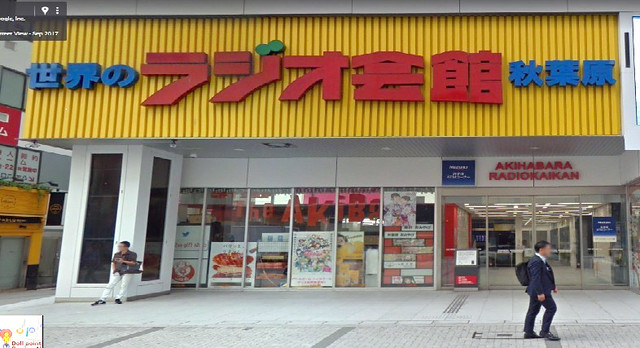 Every floor of the Radio Kaikan building is full of small anime, doll, and hobby shops.  The whole building is worth a check out, since a lot of the stores have some doll bits (some marked down!) and rement (miniatures) even if you're not into anime, which is like 90% of everything else in this building.

Dollpoint is where you can go to maybe get a OOAK D'Coord display doll or have a Dream Choice doll made for you in addition to buying standard release dolls, clothes, bodies, parts, eyes, wigs, etc of both vinyl Dollfie Dreams and resin Dollfies.  In addition to D'Coord and Dream Choice, there are some items that are only available here.  So basically if you like dolls, you want to come here for one reason or another!

What you need to know: 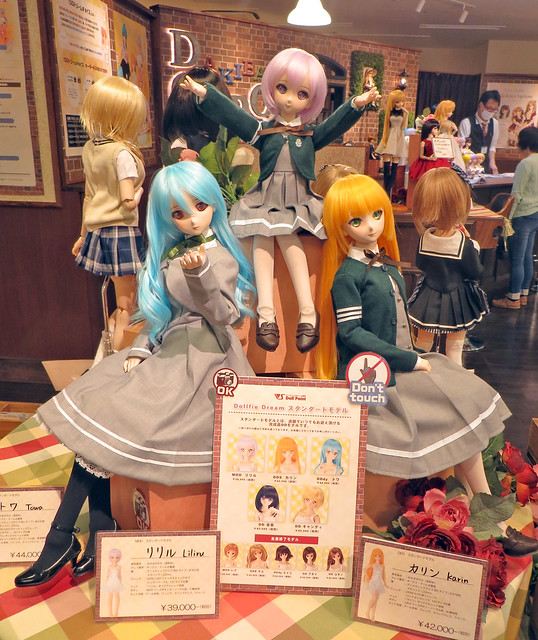 My notes: I'm a jaded doll collector and I was completely overwhelmed the first time I walked in here!  So many excellent dollies!  They're also fantastic at customer service, even for Japan which is fantastic at customer service in general.  I hadn't decided whether I wanted a D'Coord or a Dream Choice doll when I went there.  There are tags on some of the dolls with prices, but I couldn't tell if they were actual D'coords because those that were left (new models are put out randomly once a month) were all together on the same table.  I asked one of the clerks about the doll I liked most (a D'Coord DDH-11), and he said that one wasn't for sale.  I asked if he knew if there was a DDH-11 at the Yokohama store, because I was willing to check there in case they had one (D'Coords are also available at the Yokohama doll store, a bit over an hour's train ride from the Akihabara store) and if not, I'd set up an appointment to make a Dream Choice doll.  He said he'd check at to Yokohama doll store for me, and to check back at 2PM (it was a little before 1).  So I did, and holy crap he had the doll for me!  Either they had someone bring the doll from Yokohama or they pulled out a D'Coord they had in the back for me.  Utterly above and beyond, I was super, super happy.

You may hit up the 7th floor depending on whether you work your way from the top down or the bottom up of the Radio Kaikan building.  It's all escalators both ways. 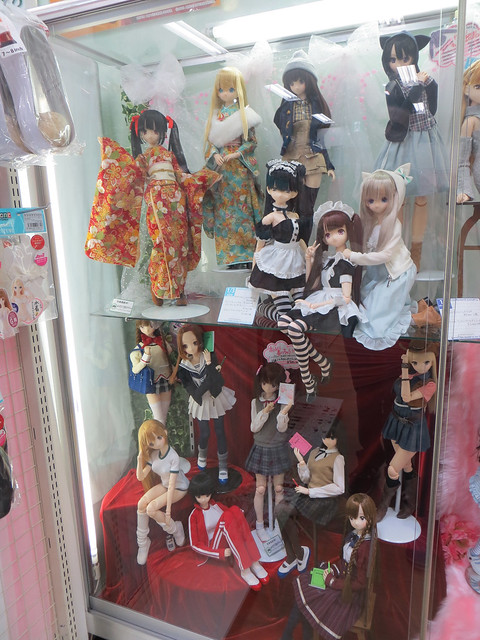 What you need to know: Verdict: Check it out if you like Azone/Obitsu stuff. Stop #3: Mandarake Akihabara, Floor #2 (dolls!) 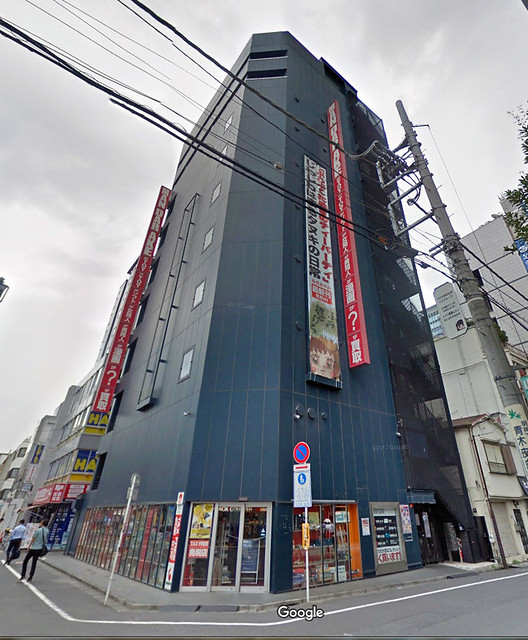 Address: 101-0021 Tokyo, Chiyoda, 外神田1丁目15-16 ラジオ会館７階
Website: www.azone-int.co.jp/
Hours: M-Su Noon-8PM
How to get there: Go out of the Radio Kaikan store and take a left. There's a big intersection at the Volks store with crosswalks. Cross up and over to the other side of the street and go one block. Cross that street and turn left. Go down the first alley on the right you go to, and the Mandarake store should be directly across the street at the end of the alley. Look for the big red vertical banner signs on a narrow dark blue corner building. 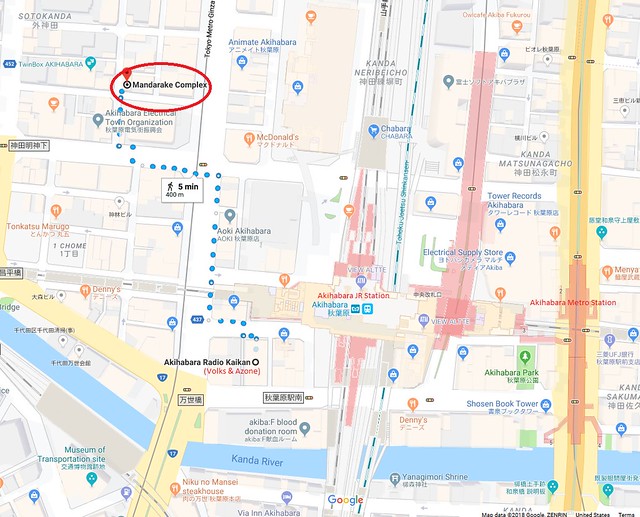 Given the massive amount of EVERYTHING Mandarake has on their website, I expected it would be bigger.  Hmm... nope!  The doll floor was about 25' long by 15' wide.  It was absolutely packed with doll stuff though.

What you need to know:

Verdict: While a bit of a let down, if you're in Akihabara, go there.  You might get lucky!

These aren't the only places you'll find dolls, but they are the major ones.  There's a store that specializes in resin called DOLK across the river from the train stations, but I did not go there.  You'll also find the odd doll in anime stores because there are so many licensed anime tie ins among Pullip, Volks, and Azone/Obitsu dolls.  If you have time, totally wander around and go treasure hunting, especially if you go earlier in the day when it's not very crowded.

Akihabara is also the place to go for re-ment.  You can buy blind boxes at good prices (about 100 yen/box cheaper than at Japanese toy stores), discounted full-box sets, and go into stores that specialize in selling opened blind boxes and capsule toys--for 2-3x the price of a blind box (which can still be worth it if you're looking for one set in a box).  I did NOT see any old or rare re-ment though, and I saw more re-ment than dolls!